A few weeks ago, on November 14th, six students left early in the morning to travel to the University of Nebraska at Lincoln. We joined a landscape of 92 other high schools and 1243 students on the 30th Annual UNL Math Day.  The entire day is calculator free and all students took a 25 multiple choice question test for an hour. This PROBE (Problems Requiring Outstanding Brilliant Effort) exam is scored differently than the ACT where correct answers gained 4 points, wrong answers added 0 points but leaving it blank was worth 1 point.  The top 43 students were invited to the second round test, that was an essay. Ultimately, top test scorers are offered scholarships. Our top student score was 43 points but did not proceed to the second test.

Another part of the day is a double elimination math bowl tournament with similar sized schools.  Three students compete at a time for each team. Our team competed well and won our first match by 5 points but lost the second match by 1 with a correct answer waiting as time elapsed.  All in all, we ended the day with a 3-2 record. We were able to visit with different departments and try some puzzles. Enjoyed seeing a few past WR Eagles as well. Other math competitions are possible, we will look at schedules and decide for next semester.  The students attending included Robert Garcia, Dylan Aguilar, Devin Jepson, Arilyn Stafford, Caden Sorgenfrei, and Alex DeKay. 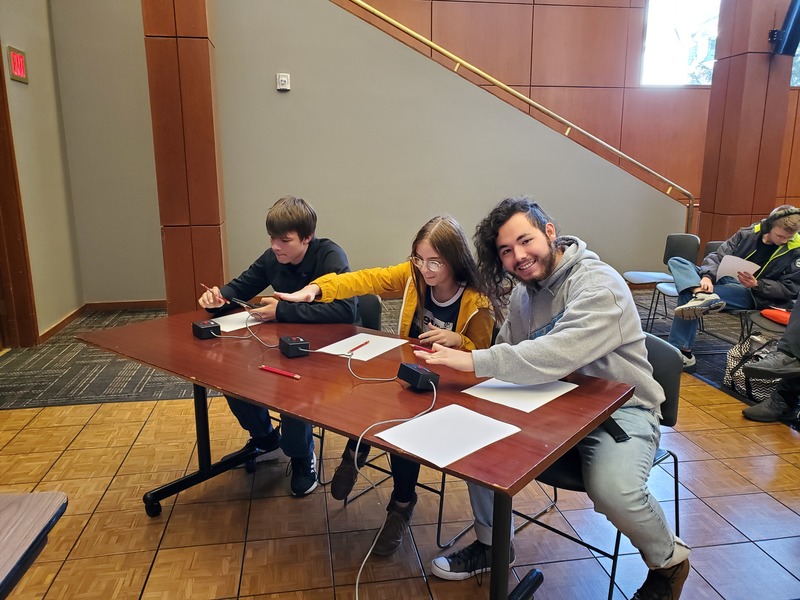 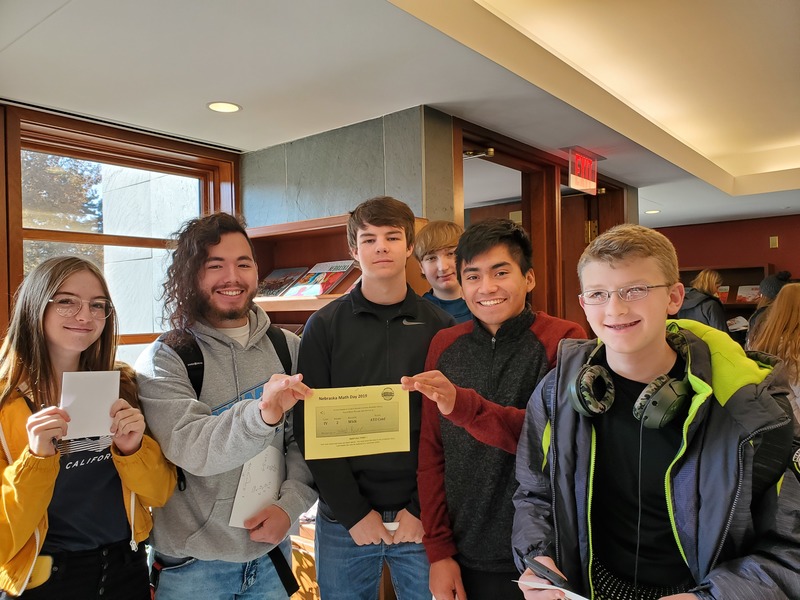